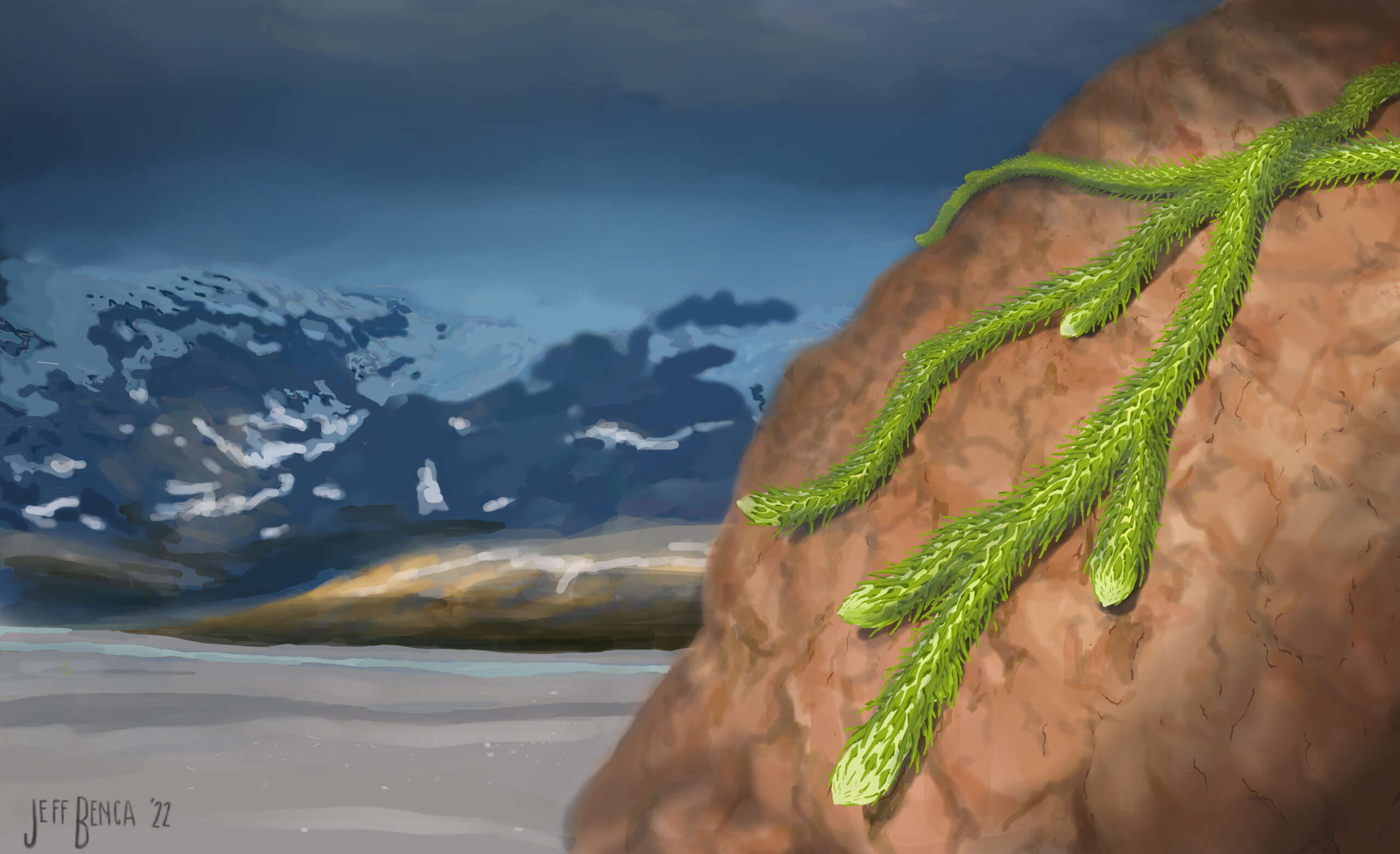 The first vascular plants on Earth were small shrub-like vegetation. When trees evolved ~385 million years ago, the CO2 level in the atmosphere did not change much and remained at a far lower levels than previously thought (2000-8000 ppm).

With a new mechanistic proxy calibrated in modern club mosses, we have discovered that the atmospheric CO2 levels 410 – 380 million years ago were far lower than previously thought. The paper is published in Nature Communications.