It is now evident that humans impact the climate by increasing the level of greenhouse gasses in the atmosphere. In the scientific literature, it has long been accepted that the emergence of plants on land did the opposite: cooled the Earth. By use of a new global ocean oxygenation proxy, Dahl et al. 2010 showed that the oceans may have become increasingly oxygenated in concert with colonization of land.  A result that has since been confirmed in several studies independently.

In a recent review paper, we summarize the available evidence in support that the colonization of land by plants led to:

Our group continues to test hypotheses for how these changes would have occurred by using a combination of global environmental data, paleobiological data and process-driven Earth system models.  As part of this, we both develop and refine new global proxies (weathering, marine anoxia and productivity) and construct models to understand how plants affect Earth’s biogeochemical (C, P and O) cycles. 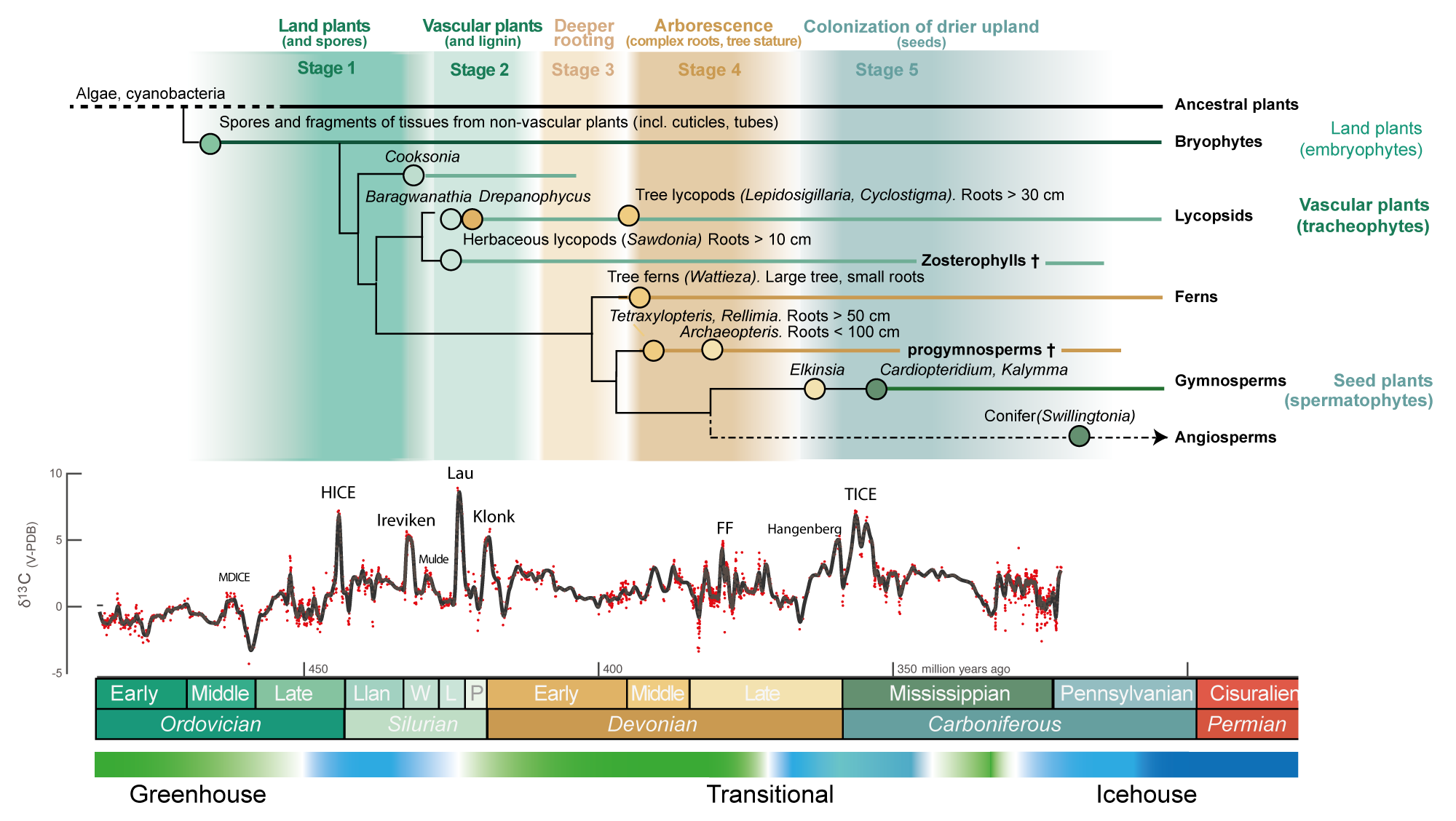