The Cambrian explosion of animal life 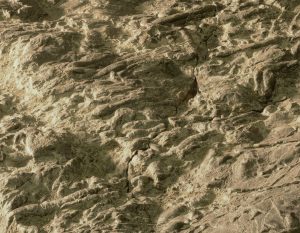 The appearance of animals on Earth after 3 billion years of evolution in microbial ecosystems is often claimed to be a result of rising O2 levels on Earth. However, evolving animal ecosystems may in fact have lowered O2 levels.

In a study led by Richard Boyle we show that the effect of animals burrowing into ocean sediments affected the global marine phosphorous and carbon cycles through bioturbation. Ultimately, this limited global marine productivity that,over millions of years,  lowered atmospheric O2 levels. As O2 levels declines, bioturbation could become self-limiting. This mechanism may well explain how O2 levels have remained relatively stable simply by the (unconscious) stewardship of motile animals on Earth’s biogeochemical cycles.

Even though animals constitute only a fraction of all biomass on Earth, they do have a big influence on how organic carbon is cycling within the oceans and between the Earth’s surface environments and its crust.

Boyle et al. Nature Geoscience (2014): Stabilization of the coupled oxygen and phosphorus cycles by the evolution of bioturbation

Interview and news in Science: Ancient worms may have saved Earth