Oxygenation of the Earth’s oceans

Animals evolved on our planet 3,500 million years after the origin of microbial life forms. Thus, we present a rare form of life that is not representative of life in the Universe.

Why did complex organisms evolve so late in Earth’s history? Something seems to have triggered evolution towards intelligent life forms. Could this ‘something’ be a release of free oxygen (O2) to the atmosphere and oceans?

We study the evolution of oxygen in Earth’s atmosphere and oceans. Using novel geochemical tools to reconstruct global ocean oxygenation in the past, we have shown that early animals evolved in much lower ambient oxygen levels than is available today. Our results indicate that modern oxygen levels were reached after vascular plants invaded land 440-390 million years ago. This might have fueled the evolution of large predators on Earth. 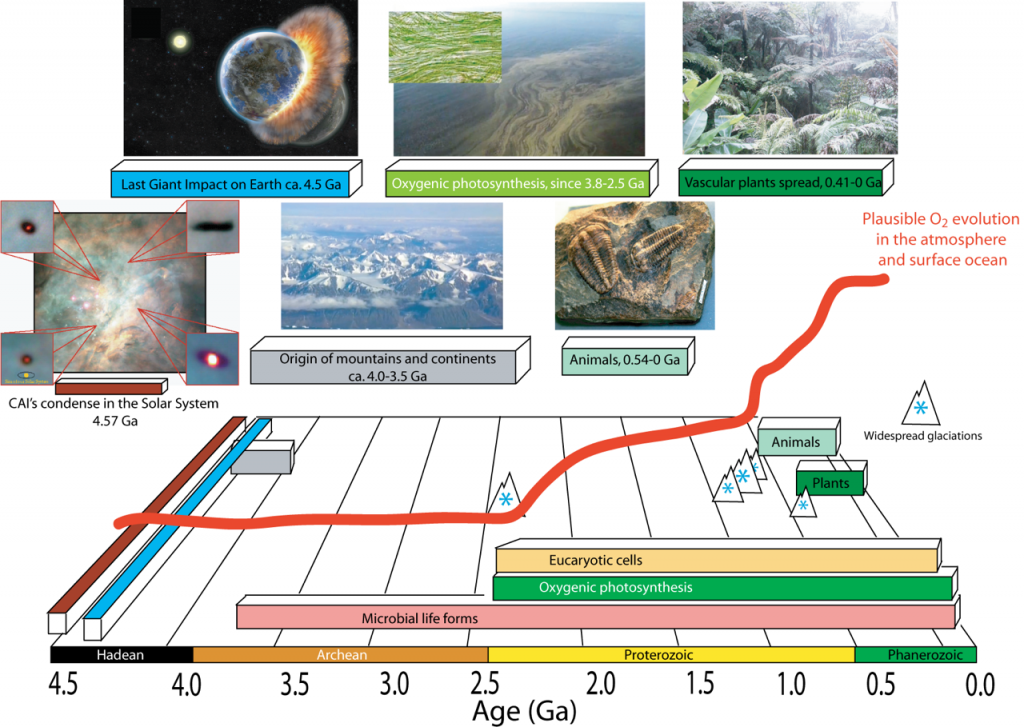 The application of a new global redox indicator, founded on molybdenum isotopes, showed that oxygen levels were extremely low before the emergence of animals, and somewhat higher after the Cambrian explosion of animal life forms with a high oxygen demand. This contradicts previous models stating that the early Paleozoic atmosphere had similar oxygen content as today. 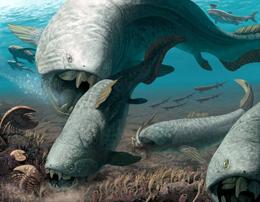 Our experimental results pointed toward an expansion of oxygenated water masses around 440-390 million years ago at a time when vascular plants invaded land. All theoretical considerations on land plant evolution suggest a marked change in atmospheric composition manifested by a drop in CO2 and a boost in atmospheric O2.

The oxygenation of Earth’s surface probably led to the largest release of O2 to the atmosphere and oceans, and fueled aerobic organisms including animals. In fact, we suggest that the oxygenation allowed the appearance of 1-10 meter long predatory fish with extreme oxygen demand, as a result of the land colonization. 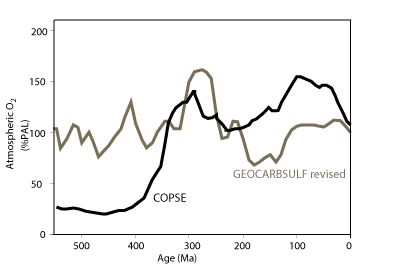 Our new data constrain existing models for the evolution of atmospheric pO2 before land plants evolved on Earth. The GeoCarbSulf model predict essentially same O2 levels as today, whereas the COPSE model predict a major rise of O2 when land plants evolved. The models differ in terms of the assumption made for how O2 is regulated on Earth. We are currently investigating what controls O2 levels on Earth. Why hasn’t O2 in the air disappeared again – and why did it not accumulate above 35 atm%, where even wet wood spontaneously set on fire?